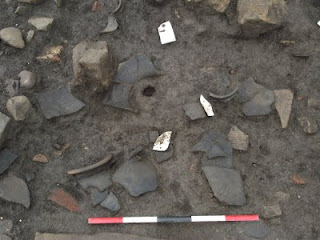 A good end to the fourth week at Binchester. Despite the rain, we've continued to make great progress. In Trench 2, the street frontage is really falling into shape. We've now got four proper socket stones, indicating that some kind of wooden portico or veranda appears to have run along in front of most of the street-facing buildings. We've also got a number of stones with smaller indentations, possibly either smaller socket stones or intended to act as hinge-stones. The larger socket stones are very similar to those found by Hooppell at Binchester when he excavated in the vicus. 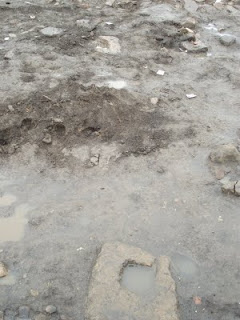 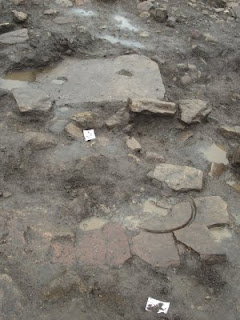 We're also making progress on defining the robber trenches that appear to have removed substantial elements of the walls of the second strip building. Careful cleaning in the area between the strip buildings and the larger structure has also revealed a dense spread of late Roman pottery (mainly East Yorkshire calcite gritted ware)- the fragments are very large and there are the remains of several different pots. 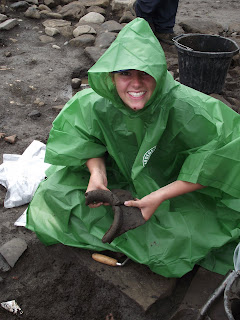