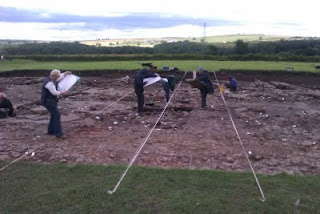 As I wasn't on site yesterday, Jamie has kept us updated
"While changeable it stayed dry on Friday, so work continued apace. In trench 2 we continued working along the west side of the westernmost strip building, and uncovering further evidence that the whole side of the building was paved, although a large section is missing (pic). This demonstrates that the robber trench on this section of wall was much broader that we thought, removing masonry, foundation stones and pacing and leaving behind just rubble. Elsewhere recording was the main order of the day, with 5 new victims I mean volunteers learning how to do this this important task. The most interesting find of the day was a jet object, perhaps a pendant, with circles carved on it, which was recovered from the smaller stone-lined pit (pic).

In trench 1 there was also further recording. One of the smaller stone-lined pits which contained a number of relinings may actually have been bottomed - there appears to be underlying deposits beneath the present stone layer (pic). Work within the barrack block is showing the presence of further stone surfaces (pic), and also a potential doorway likely to be an interior door. The deposits within the medieval building appear to have been bottomed, so there is the possibility of exploring the underlying deposits in this area before the end of the season." 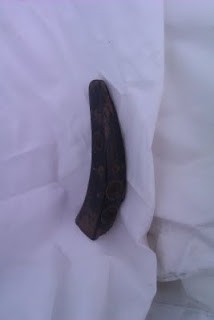 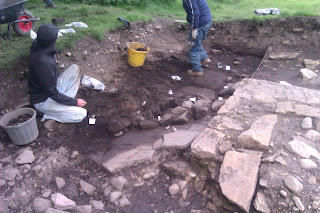 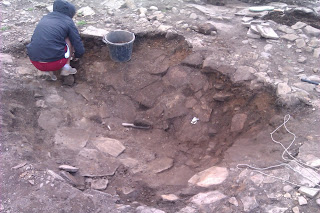 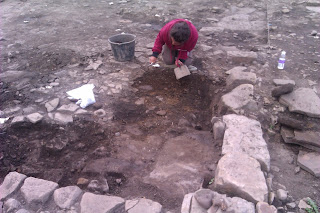 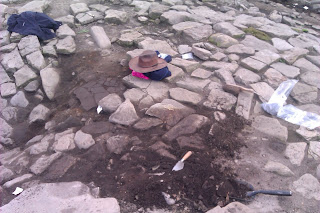