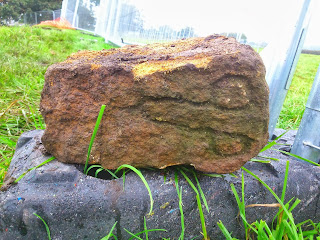 Even in the best digs occasionally things reach the spoilheap which should not have reached the spoilheap. Today, Jamie has been out on site supervising the final wrapping up of the site for winter when he found this! Yes, it is what you think it is... In fact, this is not that much of a surprise, these kind of crude phallic carvings a pretty common on Roman military sites and were probably some kind good luck symbol. Surely a candidate for next year's t-shirt though!
Posted by David Petts at 06:06 1 comment: 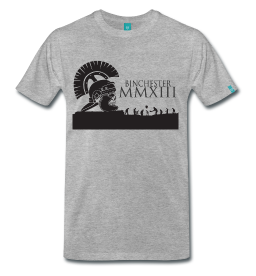 This year's must have fashion accessory is now available to the discerning follower of style. The Binchester t-shirt is now available. You can buy them here. I've made a couple of types available - if anyone thinks there might be a market for other Binchester themes merchandise (e.g. mugs; bags etc) let me know and I'll arrange it. Enjoy...
Posted by David Petts at 12:28 1 comment: