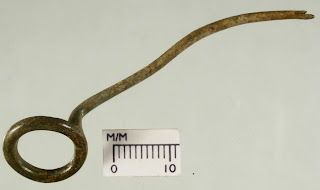 The ring-headed pin was found in Trench 2 in the vicus, frustratingly, however, it came from the post-medieval linear that cut across the site and is thus out of context. The brooch fragment was found in Trench 1 in a rubble spread that lay between the barrack structure and the rampart.
Posted by David Petts at 06:29 1 comment:

The Beautiful Rooms are Empty

We are pleased to report that the full excavation report from the important campaign of work carried out at Binchester in the late 1970s and 1980s by Iain Ferris and Rik Jones is now available. This splendid two-volume publication includes full analysis of these excavations as well as substantial wider contextual material about the fort and the history of research there. This is going to be essential reading for those interested in the fort (including ourselves) and will certainly help redefine our research priorities in future seasons. The report is available from Durham County Council for £35 + £8 p+p.
Posted by David Petts at 03:04 No comments: 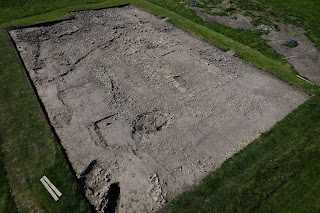 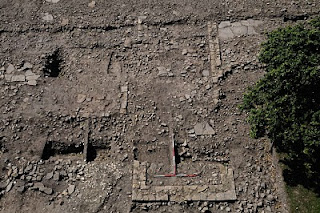 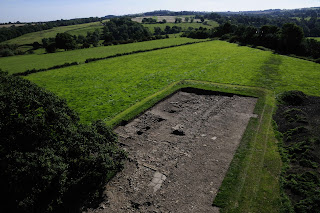 I've not yet had a chance to post some of the fantastic vertical and oblique shots taken of the site in September by Adam from Aerial-Cam. Using a digital camera on an extendable low mast attached to a Land Rover, he is able to take what are essentially low-level aerial photos. This has given us some excellent shots of Trench 1 (the fort) and Trench 2 (the vicus).
Posted by David Petts at 14:01 No comments: