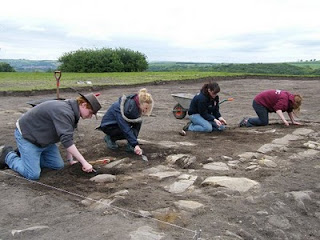 From 5 July to 13August 2010, there will be a chance for society members to join the community excavation again. The cost will be £5 for members, or £20 (including A.A.S.D.N. membership) for non-members. Volunteers are expected to commit for a minimum of three, or preferably five consecutive days. Prior booking is essential, for which contact David Mason, email: david.mason@durham.gov.uk
Posted by David Petts at 04:55 No comments:

Archaeology in the Middle Wear Valley 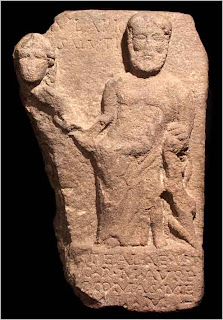 This short series of free public lectures for all ages will give local people an insight into the methods and techniques used by archaeologists to explore and understand the archaeology of the Wear Valley. Using results from the latest research in the area the development of the region from the earliest inhabitants to the Industrial Revolution will be looked at through the lens of archaeology.

Introduction to archaeological techniques May 26th

From Hunter-Gatherers to the Industrial Revolution June 2nd