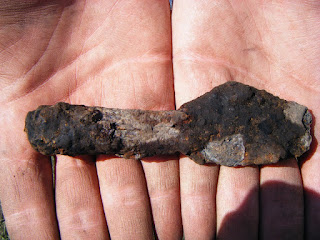 I wasn't on site so this is from Daniel Powziak (thanks Daniel!) "In Trench 1 we have a number of interesting finds, ranging from Jonathan's medieval discovery of a possible Saxon chest fitting to a pair of metal objects, likely spear heads from some pila, a team effort from Matt, Tanner, and Will. Also found in the trench was a 6-sided die, likely from the Roman period, unearthed by Sam. The rest of the gang in Trench 1 continued their diligent efforts, as some of our brave excavators began removing the flooring of the central block building, discovering the previous stratum to be of the medieval period. Meanwhile in Trench 2, with planning well underway through much of the center of the trench, there were few small finds until the late afternoon excitement. In the NW corner of the trench, Emma unearthed a small silver coin, unfortunately too corroded to make out any letters or pictures. Last but certainly not least, right next to her Morris chanced upon a number of pieces of the top of a jug, perhaps evidence of his personal theory that the building was used as a pub. Only time will tell. Stay tuned for more adventures from the Binchester project!" 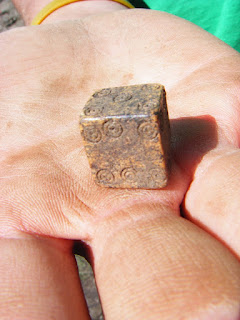 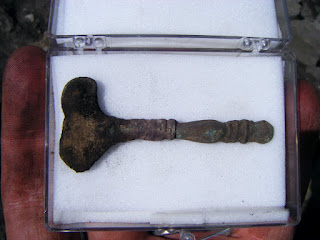 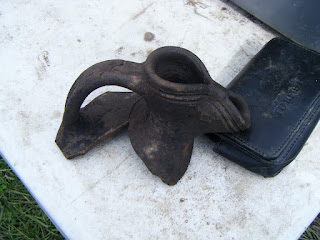