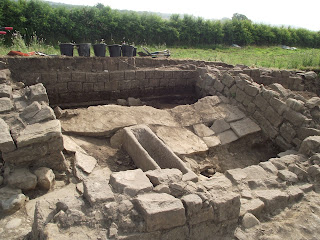 Apologies for the big gap in postings. I was expecting some entries from other members of the team but none materialised :-(

Anyway, having been away for three days, there was a lot to catch up with on my return on Friday. The most impressive development was in Trench 1, where the decision to step the trench backwards to identify the back wall of the latrine paid dividends. We now have the internal face of the fort wall which runs along the edge of the latrine and the corner tower. It does not perhaps tell us an awful lot, but it is very pretty! To be fair, it does give us a clearly define trench within the latrine, over which we presume a wooden superstructure was mounted to hold the toilet seats (presumably there were three or four). Just to the south of the latrine we've also found a more complex sequence of gullies/culverts which connect the latrine to the water hole from which water was presumably sluiced through to push the 'doings' into the fort ditch. It is also clear that the roadside gulley and the latrine culvert were part of the same wider system. Nothing as complex as the Housestead hydraulics, but a nonetheless a nice example of the complexity of Roman water management.

The big pit itself continues to go down...Jonathan has uncovered a small stone feature at the current base level, possibly a capping for a well shaft - probably not, but its as good a guess as any. In the northern part of the barrack, the interior of the new section running to the east of the main block is looking very good, whilst to the east of the main block, more levels of stonework are being cleared. There is also an intriguing block of stone walk on the external face of the north-west corner of the barrack, which doesn't seem to quite relate to any other stone features. Just outside the northern compartment of the barrack block, we have been able to define a lower lying surface- this time made of stone cobbles rather than the flagstones which is generally more common. In the same area, on Tuesday, the baby burial was removed once we received our home office licence.

In Trench 2, the biggest thing to happen in my absence was the removal of the remaining pedestal of material in the base of the northern compartment of the corridor. We are now down to flagstone floor across the whole area. We are getting some interesting new detail here. First, we do seem to have a new blocked door in the very north-eastern corner of this compartment. The threshold appears to be define by some kind of strip of clay or ceramic material, possibly opus signinum (we've also for the first time, seen fragments of op sig emerging elsewere in this structure). We also have noticed lots of iron nails or bolts in the vertical walls of this corridor. Their function is not clear - Hooppell notes that the flue tiles of the adjacent circular bath house were held to the walls by iron t-clamps. However, there is no evidence of a hypocaust in this section of the building, so this is unlikely. Perhaps they held up some kind of wooden panelling. In the big room next door, the latest layer of stones has been moved - so far, not too many new ones to report! Pleasingly, as I was nosing round here on Friday morning I spotted some scratched images that have been etched into the plasterwork (in antiquity) on the back (north wall). Not easy to define precisely what they are, but we hope to do some better recording of them soon. In the southern compartment of the corridor, the team have been busy digging and recording, and we can see the current floor level slowly going down. Will we reach the flagstones before the end of the season? They have uncovered a couple of hinge stones near the opening to the main road. It is not clear if they are in situ- certainly they are sitting in the rubbish dump so could only have been for a temporary entrance rather than anything structural.

The post-pad building to the north is looking good; we can now see most of the early structure defined by the 'park railing' stones. We have also removed some of the other internal features of the later structure. In the area to the west, diligent cleaning has revealed an increasingly coherent surface- the rubble perhaps hinting at another building we have yet to properly define!

Over the weekend we also had our Open Weekend- I was up on the Saturday with the family - lots of visitors - really pleasing, great work organising this by the Archaeology Section of Durham County Council! 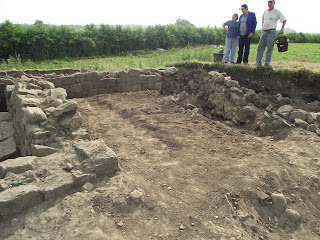 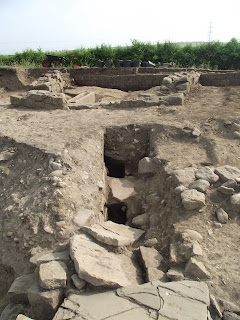 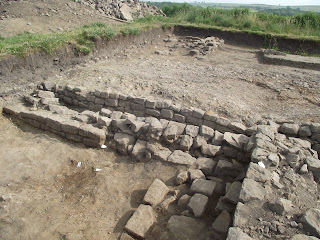 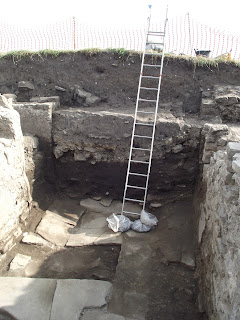 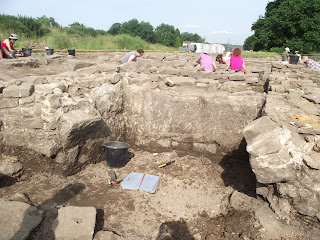 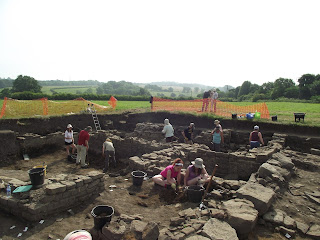 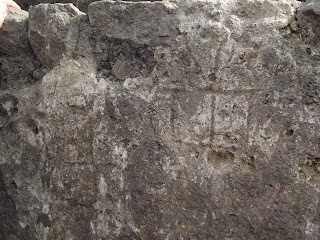 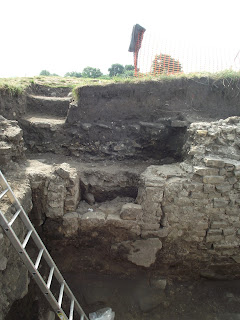 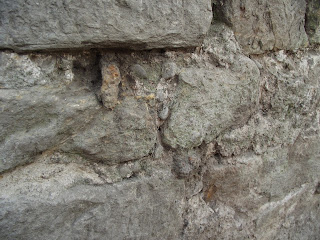 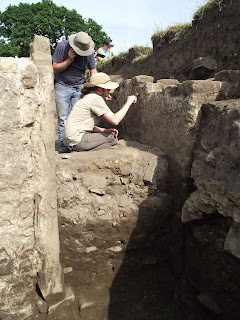 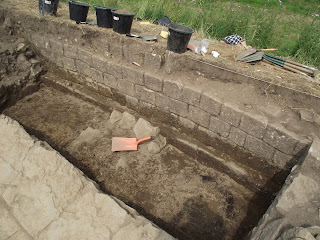 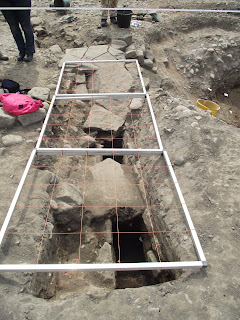 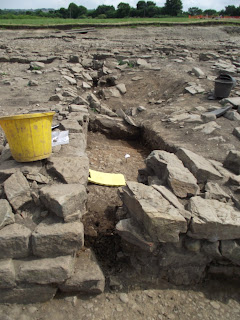 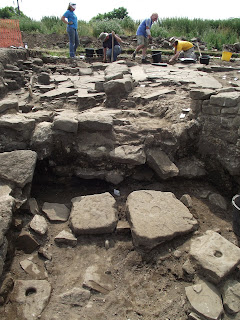 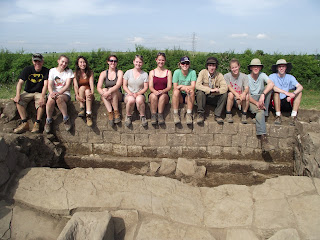