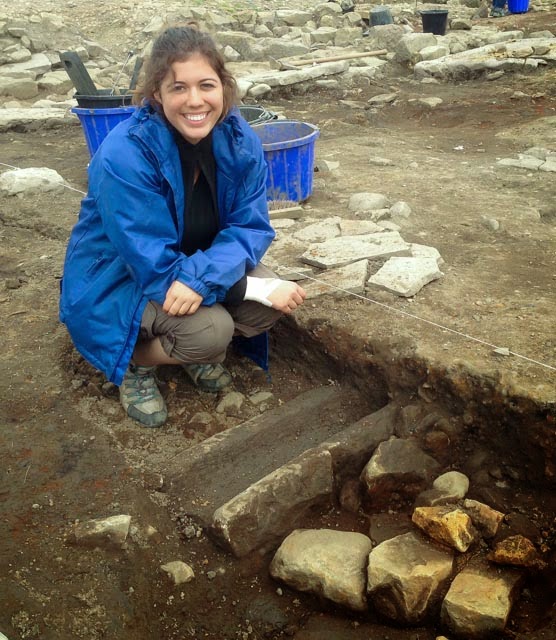 I wasn't on site today so some members of the dig crew have written today's entry.

Today students unearthed two post pads. They are flat stones that dive into themselves, which seems to have happened after having a large weight placed upon it, such as a post. We would like to have more found before a clear interpretation can be made. New paving was cleared within the barracks, which lines up with some paving on the other side of the central wall.

In an area which to this point has been assumed to be one of the earlier sections of the barracks, a section of the wall was cleared to find large cobbles set into heavy grade clay. The building technique is similar to that used in other parts of the barracks which were believed to be a later addition. This opens the possibility that the walls could be contemporary to each other or it could just be a long-standing construction technique.

whilst from Trench 2 Whitney Davies has written 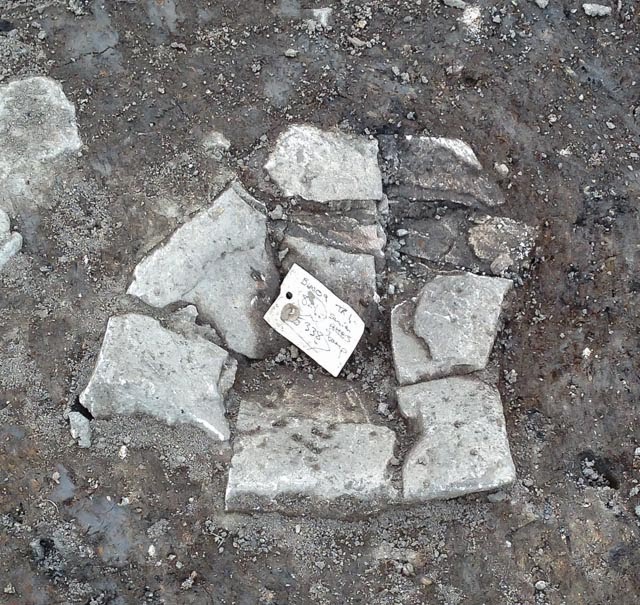 In Trench 2, the main focus going on is the removal of the bulk that is still remaining on the bath-house floor. This is important because the bulk has been drawn stratigraphically and is being removed one stratigraphy at a time to show what the bath-house was possibly used for after it was a bath-house. There has been a large amount of cattle bones found in the different stratigraphies. We are also working on the extension by removing different layers of rock to see what lies underneath. In this process, we have some of the guys removing dirt from a small alcove located by the extension, which is revealing a filled in window. We are now removing the floor surfaces related to the buildings in front of the bath-house. To the west of the bath-house, there is also floor removal being done which is showing a large portion of black dirt underneath the rock flooring and a layer of clay. There was a cool piece of pottery found today that shows the markers mark on the bottom of the pot.