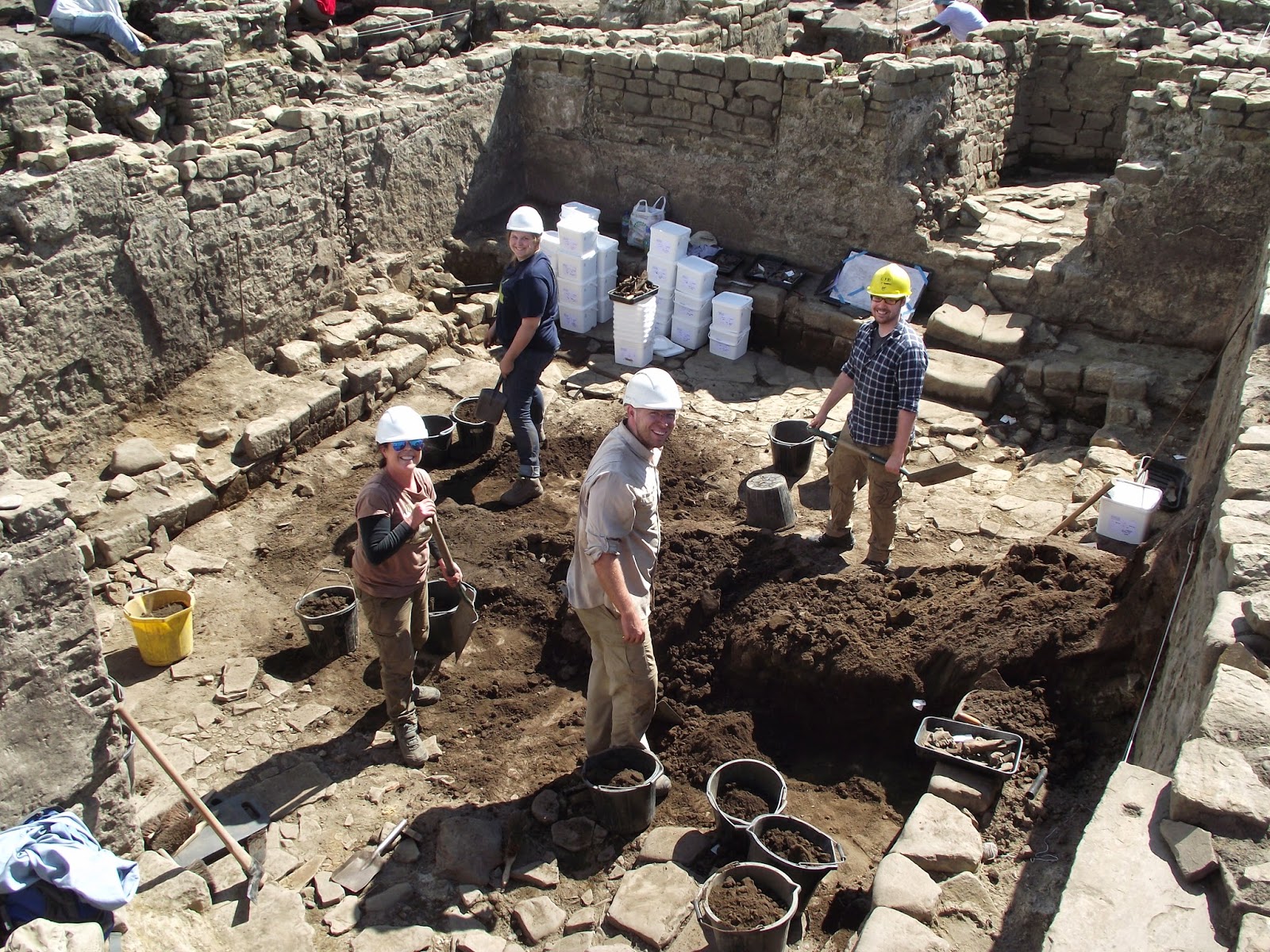 After nearly three days off site, it was good to finally get back to Binchester. It is amazing how much has changed in such a short period of time.

In Trench 1, we've now lost lots of the spine wall -perhaps inevitably, things are still just as complicated; the relationship between the features either side are not much clearer. However, it is noticeable how big some of the drain slots we thought were for horse pee have become. At least one looks almost like a pit rather than the narrow gully one might anticipate. In the northern compartment, we are now removing all the final remains of the late surfaces- the final elements of the stable floor area is coming off as are the flagstone floors. We're getting ready to go deeper... In the Tower, we've removed a big wodge (technical term) of material - it was photographed today, and we are now back to shifting dirt. Progress in the latrine area is great as reported yesterday; we've got evidence for what looks like some kind of cement or mortar within the conduit arch and associated gully. Chris Witmore from Texas Tech has also, I think correctly, interpreted two odd stones we had from within the latrine trench as part of the stone toilet seat installation!

In Trench 2, the bath-house baulk is nearly all gone and the room should be completely cleared by the end of the week. We are taking lots of environmental samples. IN the newly extended areas, the walls are coming up nicely. Excitingly on the northern edge of the trench we have what looks like it may be the base of another arch or even a barrel vault! The lintel and/or window is also cleaning up nicely. Again, complication strikes, as we've been comparing wall widths around the building- what we previously assumed was a simple extension of the front wall of the main bath building and had simply been knocked through to add the two alcoves turns out to be very different widths either side of the entrance!

Outside the bath-house, the final wall stones from the street front buildings have been removed and the floor levels are being thoroughly explored. Elsewhere where Morris has been digging what started off as an amorphous pit up against the boundary wall is turning into something more substantial!! 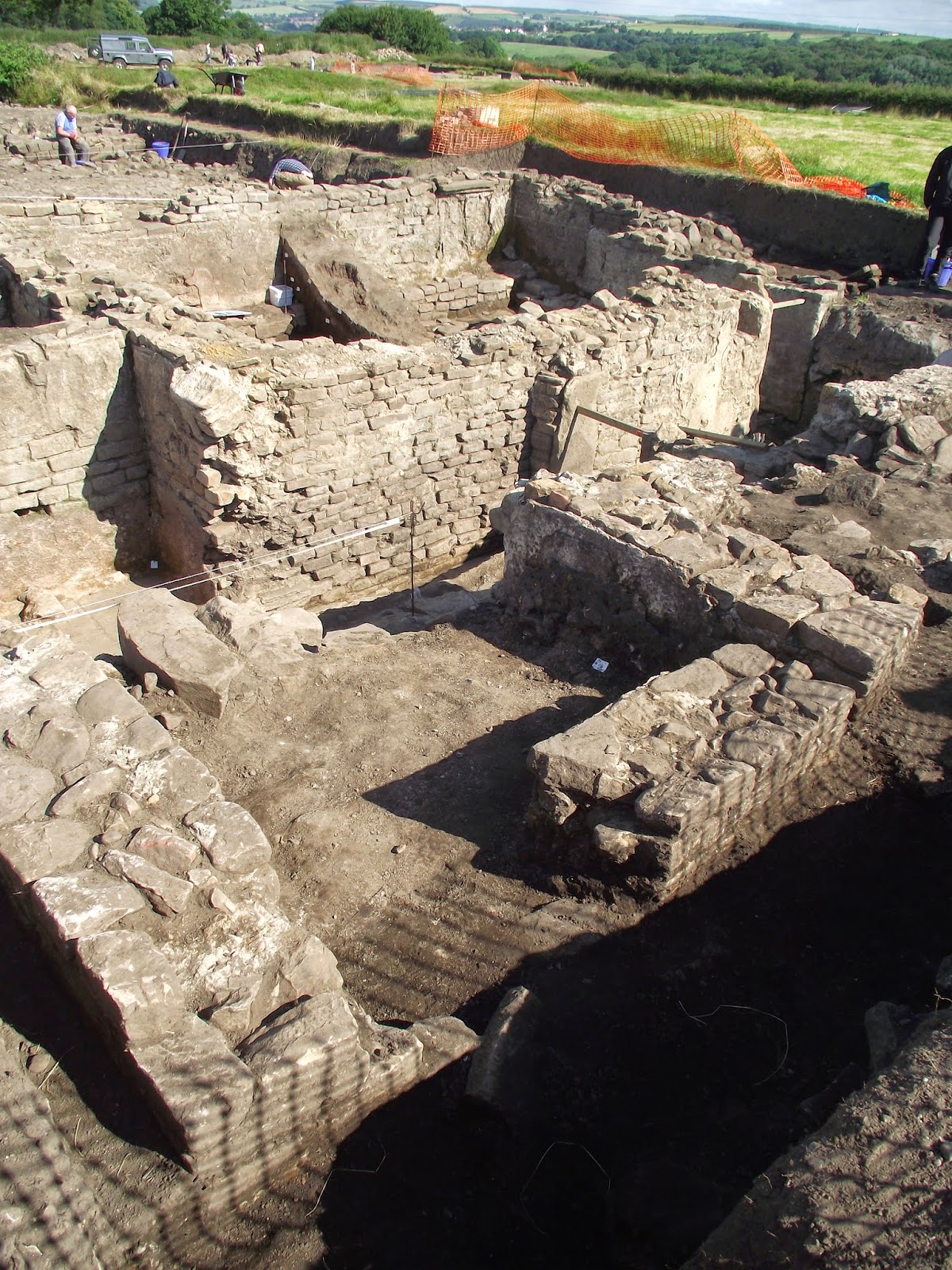 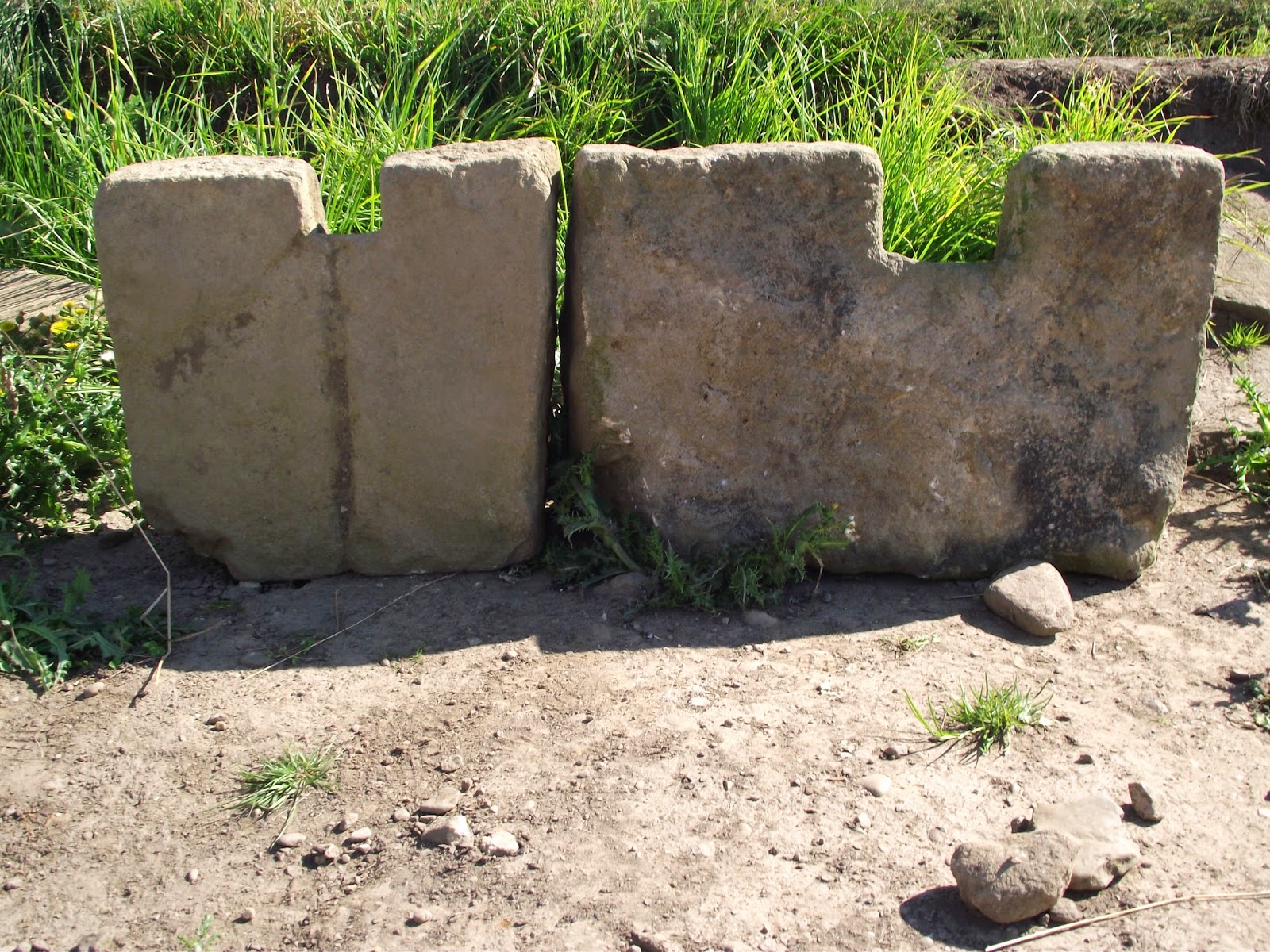 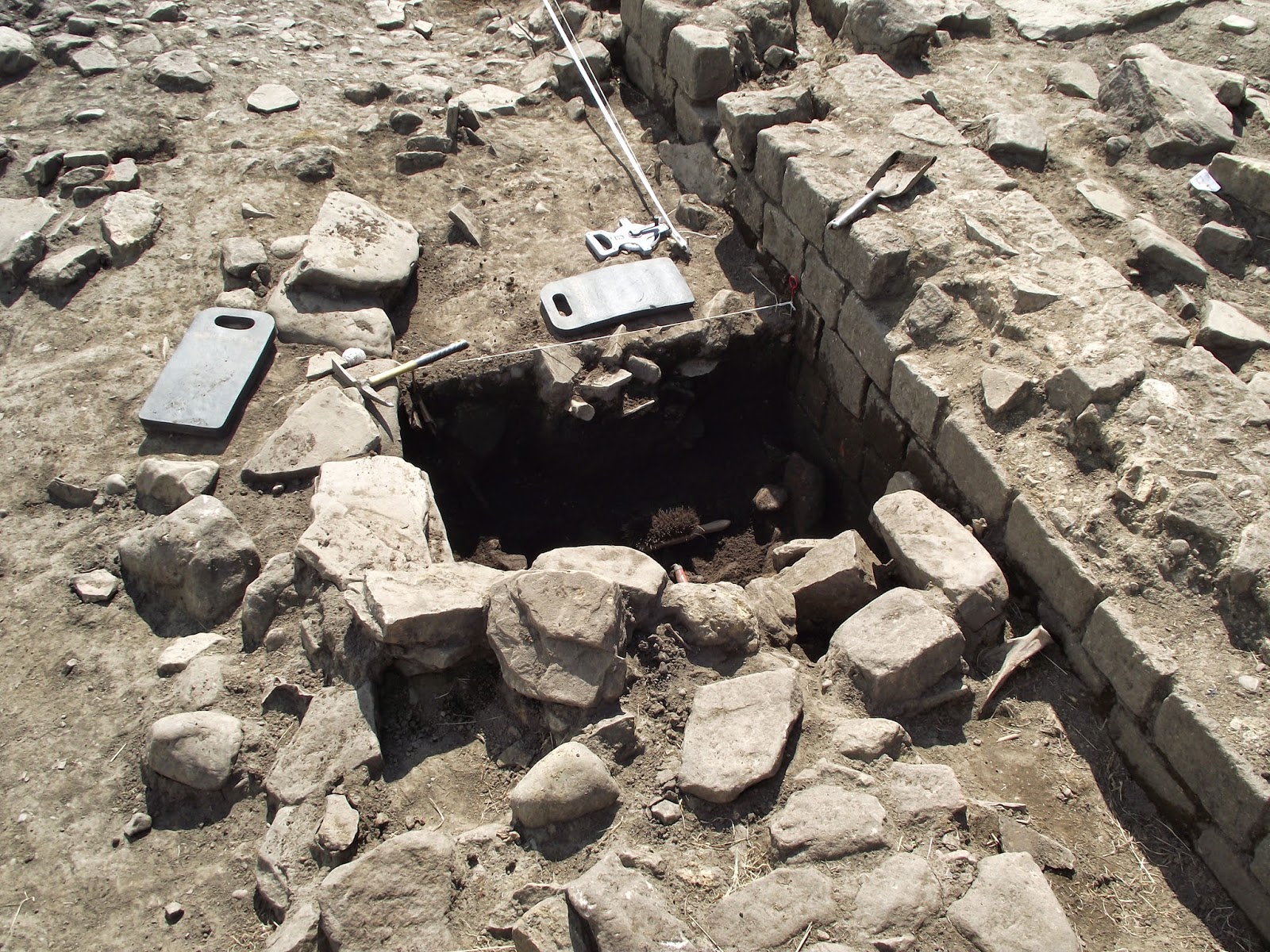