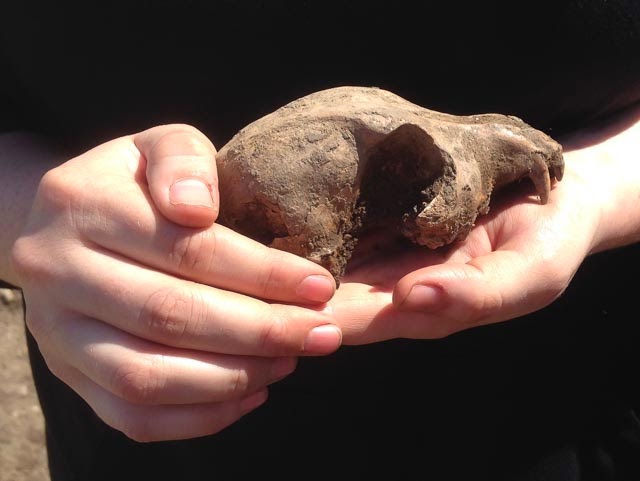 Sorry- I was away again today....
However, once again we have contributions from the dig team


Today was a continuation of exploration across the trench. The team continues to chase a large area of soot right outside the wall of the barrack and found a nicely intact skull that appears to be from a dog.

The most interesting development was a layer of concrete found within the latrine. It looks like the latrine was lined to facilitate waste removal and was relined at a later point. We have found concrete on both sides of the latrine, so we believe it connects.

Other finds in Trench 1 include a spearhead found by one of our local volunteers, Johnathan: As well as the remnants of a hobnail boot, found by Kimberly, one of the American students.

Today in Trench 2, there was a lot of recording going on. We are recording different areas in preperations of removing them. We are also still working on the removal of the baulk in the bottom of the bath-house. On the east side extension of the trench, a window is emerging in one of the walls and on the northern side, the wall is extending farther back than originally thought. To the west of the bath-house, we are troweling down and discovered three great finds! We found a FULL bronze bangel, a FULL bronze broach that still has the pin intact, and a beautiful jet bead as well. Overall, we are making great progess! 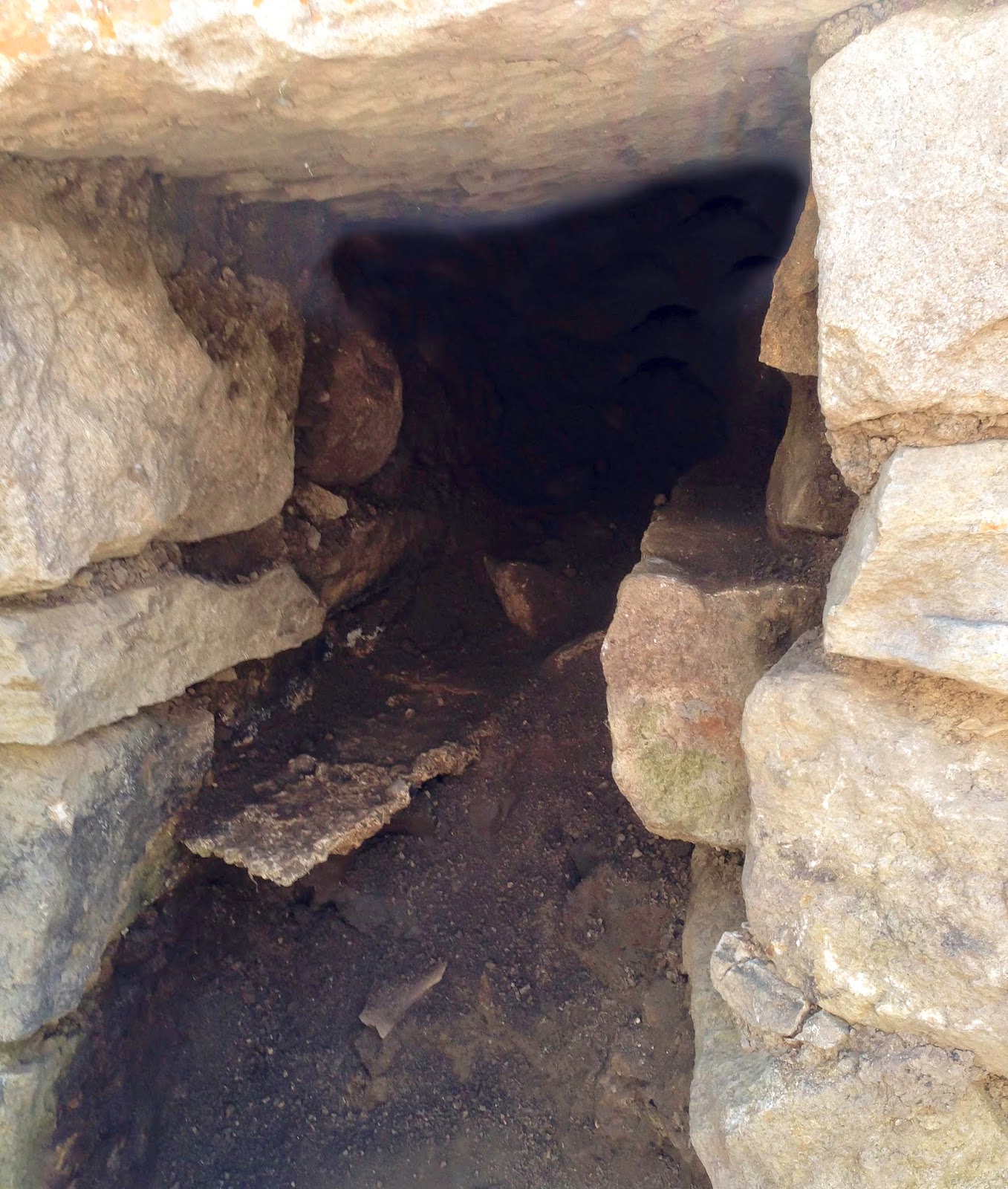 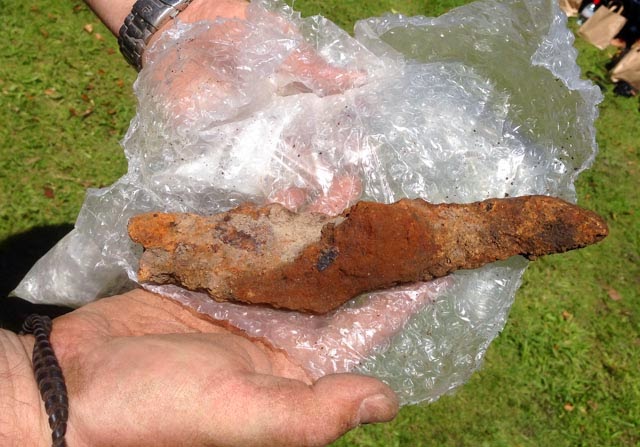 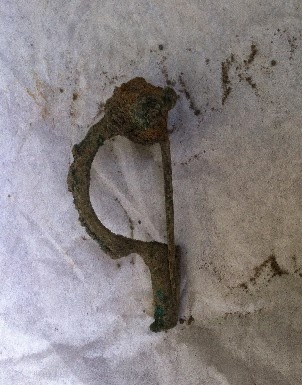 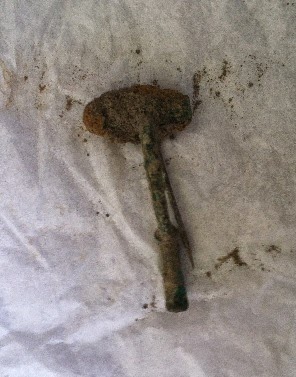 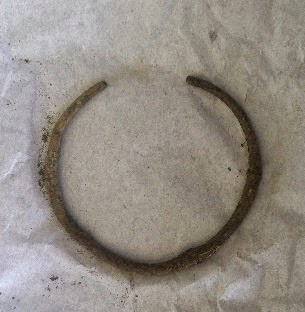