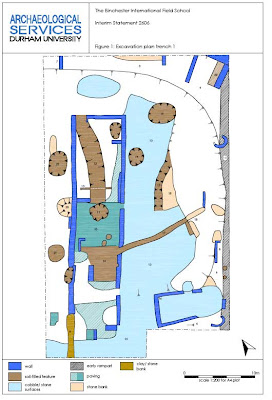 An antiquarian trench was identified through the angle tower [22]; some of the facing stones for the walls had been removed. Deposits identified across the trench that related to post‐medieval landscaping activity and ploughing were excavated in 2009.
Posted by David Petts at 08:25