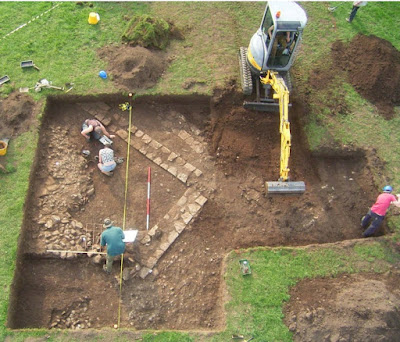 There are going to be some changes to our approach this year. We have a partial change in personnel; David Petts is taking a well-earned break and will be concentrating on his new project on Lindisfarne. Stepping into the breach will be Durham University academic staff, Sarah Semple and Mike Church with support from Brian Buchanan, a Post-Doctoral Research Fellow. Another change is the length of our season; after seven years of two-month sessions in the field, we are scaling back a little, and over the next two years we'll just be running three-week seasons. Some things will stay the same though; we'll have the great professional support of the team from Archaeological Services Durham University, and we'll continue to keep the blog and Facebook page regularly updated. We are back in the field on Monday June 6th, so keep an eye out for updates.
Posted by David Petts at 12:23