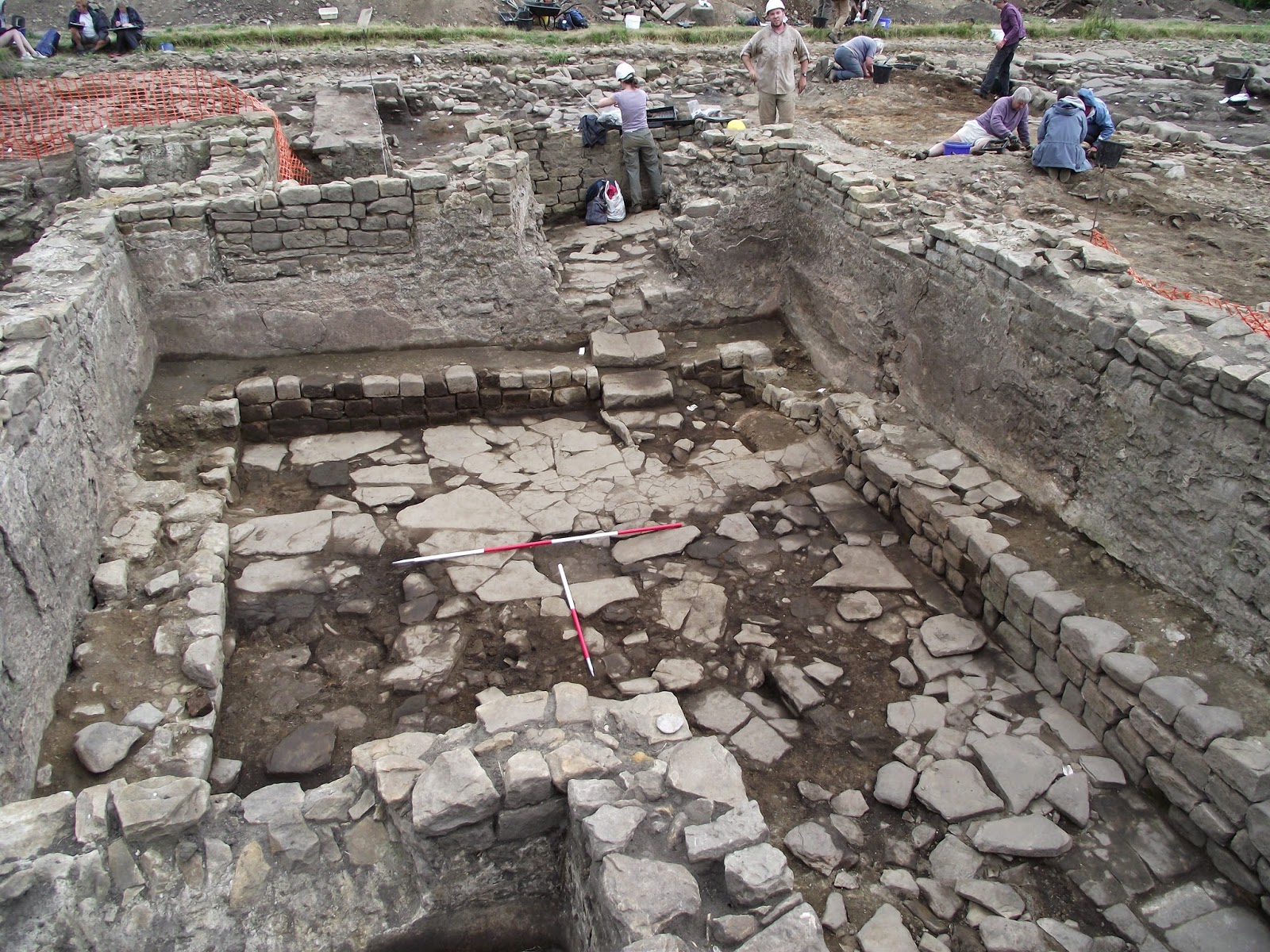 CONCERNS have been raised that the site of a Roman settlement dubbed the Pompeii of the North could be sold to developers.

Binchester, just outside Bishop Auckland, County Durham, has some of Britain's best-preserved Roman remains, including a bath house with seven-foot walls and painted plaster.
Last year a statue head, possibly of a Geordie Roman god, was found by an archaeology student helping with the major excavation works that are being carried out.
The land where the settlement has stood for around 1,800 years is owned by the Church Commissioners. They are selling ten plots around Bishop Auckland, including two adjoining ones which cover the Binchester site.
The Auckland Castle Trust, financed by city philanthropist Jonathan Ruffer and which is aiming to reinvigorate the local area with tourism by tapping into its heritage, has made a £2 million bid for the plots.
Although the Roman settlement itself could not be developed, an old hall on one of the plots could be, affecting access to the site. Selling the plots off separately could also hamper archaeologists' w
Mr Ruffer, chairman of the trust, said the £2 million bid was ten per cent higher than their own valuation of the site.
"We have done this because there is no one else in a position to do it and Binchester must be secured by someone who has a heart for Bishop Auckland and a deep understanding of the site's importance in a national and international context," he said.
The trust has called for the public to back its bid by writing to the Church Commissioners.
David Ronn, chief executive of the Auckland Castle Trust, said: "We need to save the best of Bishop Auckland's, County Durham's, the North-East's and indeed the UK's past to take into the future."
Dr David Petts, lecturer in archaeology at Durham University who has been project co-ordinator on the Binchester excavation, said: "Binchester is one of the best preserved Roman archaeological sites in Britain and deserves to be protected for future generations to visit."
Only a small percentage of the settlement, which surrounded a fort on the road north to Hadrian's Wall, has been revealed so far.

TO HELP PLEASE SIGN THIS PETITION
Posted by David Petts at 14:41