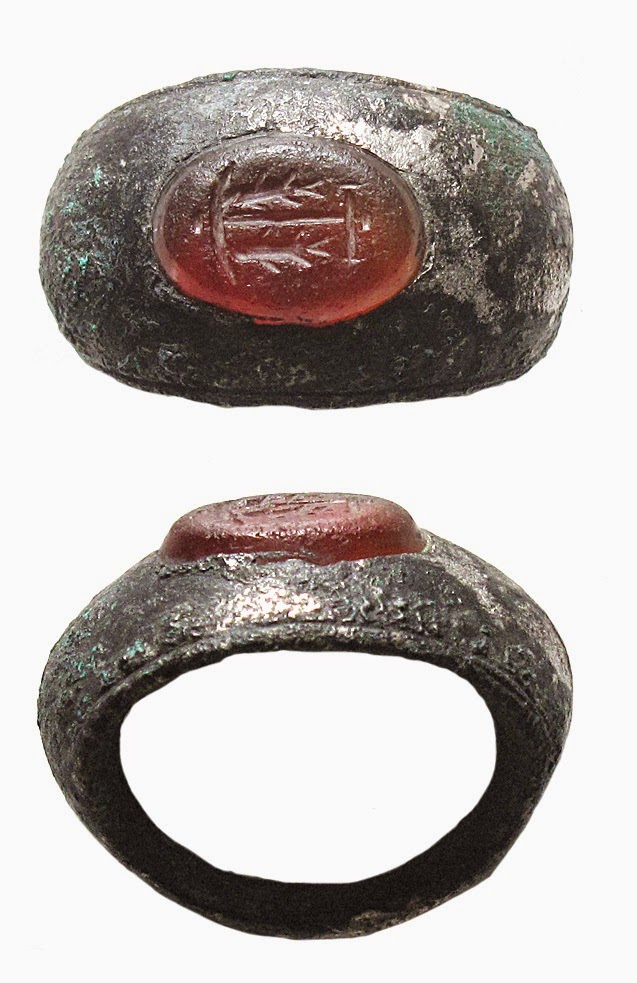 Earlier this season I reported on the discovery of a silver ring set with an intaglio. At the time I confess I didn’t look closely at the image carved on the stone itself. However, thanks to Ian Marshman and Martin Henig, it is now clear that the symbol shown is of some significance.

The intaglio shows two fish hanging from an anchor. This has clear Christian connotations. It is found widely elsewhere in the Roman Empire, but this is only the second example from Britain; the other example coming from the colonia at York.

The form of the ring and the shape of the stone seem to indicate a 3rd century date for this object. This is a surprisingly early date for a Christian object in Britain, as it predates the accession of Constantine in York in AD306. It was under him that Christianity finally became a licit religion. Evidence for Roman Christianity is rare in Northern England, and evidence for pre-Constaninian Christianity is even rarer. This is a rather splendid find!
Posted by David Petts at 14:58