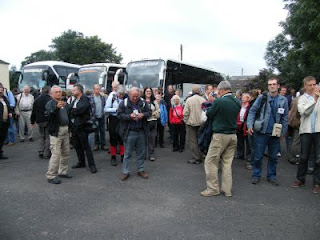 It wasn't all just entertaining visitors today though. I had a useful chat with one of my colleagues in the Department of Archaeology today about the potential of scientific dating on the site. One of the challenges we are presented with is the difficulty of dating any activity between the end of the Roman period and the 12th/13th century. This is due to the general lack of diagnostic artefactual material in this period (apart from the limited quantities of Anglo-Saxon metalwork that is found north of the Tees). This is further complicated by the fact that any early or indeed late medieval activity on site will churn up earlier Roman layers incorporating Roman objects in later deposits. The practical upshot of this is that 5th century layers will only contain 4th century (and earlier)datable material in them. This means we have to cast around for alternative ways of dating the late activity. Obviously one potential is C14 dating - we have a number of probable 5th century features which contain enough bone for radiocarbon dating. However, we also have a number of areas of burning on some of the floor surfaces within the building which we'd like to date. However, these consist only of burning and scorching to the stones themselves; ploughing and worm action has removed any charcoal and ash from these features and they are not directly associated with other datable features. They could be sub-Roman or early medieval; equally they could be 15th century. So, how do we date them? Well one possible approach is thermoluminescence dating (TL). I won't explain the science as I don't understand myself in much detail. The key factor is that the sandstone slabs on which some of these hearths have been placed contain quartz crystals which can be used for TL dating. So, next week I'll be taking one of these slabs back to the Department for an initial assessment for its potential. If we get good results we'll look for funding to pay for a series of dates (it costs £500 a shot if any of our readers are feeling generous!). I'll report back on this further soon.
Posted by David Petts at 13:07 No comments: 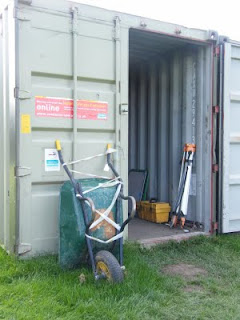 Now the excavation phase is completed I won't be updating the blog daily, however, I will try and update it fairly regularly (weekly/fortnightly) through the rest of the year to give readers an understanding of the joys and complexities of the post-excavation stage of a major project such as this.
Posted by David Petts at 04:18 No comments: 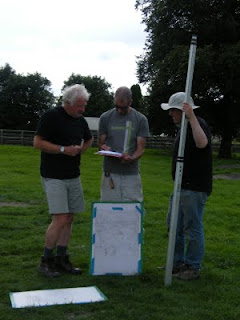 The end is nearly in sight. We are really winding down on site now; its all hands to the pump with recording, with only minimal excavation taking place, as we really need to make sure there are no loose ends once the field season is over. Although we'll be back next year, its best to get all the recording for this year's work completed. As well as the excavation work we had several groups of visitors around today. The excavation is accessible to the general public visiting the fort's visitor centre; this means we have a constant trickle of people coming to watch the dig; we always do our best to make time to talk to them about the site and our work. As well as individuals we have had many large groups ranging from schools to University of the Third Age groups from the surrounding area. Its gratifying to see our research stimulating so much public interest.
Posted by David Petts at 12:57 No comments: 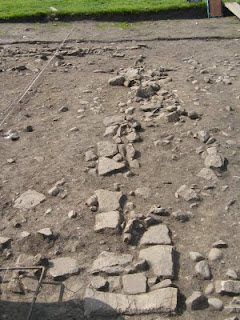 At last, I'm back on site. After a week off, which at one point found me at the top end of Dere Street at Newstead I've come back on site. Although the previous blog posts have kept me up to date with progress its good to see developments on the ground. The most obvious development was the final identification of the end wall of the barrack It had clearly undergone a number of constructional phases; there appears to be an entrance with a possible slot for a sill beam. This is then seemingly blocked and another entrance constructed in the north-east corner of the gable-end wall. This may relate to some of the latest activity within the building.

The large post-medieval pit has been almost completely excavated, although there is still work going on defining its precise edges. This clearly cuts through a barrack wall, though although some of the stone is robbed out, it does not appear to have been a robber trench, as a number of foundation stones are still visible. Nearby, when the baulk of the adjacent medieval feature was removed, it became apparent that it had concealed a large gully that clearly cut straight through the wall of the barrack. Outside the barrack the same gully had been hidden by another section of balk. This is an excellent example of how the unluck placement of a baulk can hide quite an important feature! It was only by pure chance that it was revealed.

A sondage against the southern wall of the medieval building has gone down about a meter before hitting the next layer (notably not natural). This is important as it gives us a good idea of the sheer depth of stratigraphy which we can expect in future seasons- an exciting prospect.

Around the edge of the site, the walls of the corner tower are clear (despite Steer's slot through the middle of it in the 1930s). More features are appearing in the metalling of the roadway, and a large cobbled/stone ridge appears to be sitting on top of the road. Unlike the other similar feature on site, this has produced only Roman material

Inevitably, as Season One draws towards its conclusion (last day on Friday), we are winding down now. The focus is primarily on recording rather than excavation, so there is plenty of final planning, section drawing, context sheet filling and photography going on. We also had a visit from Natasha Millburn, a student from Northumbria University, who is doing some geochemical investigation on the site as part of her undergraduate dissertation. We look forward to seeing the results of her research.
Posted by David Petts at 12:41 No comments: 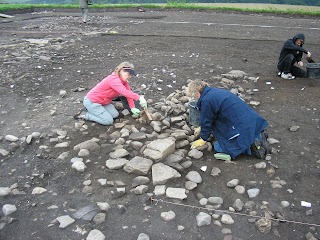 hankfully another day without rain ensured that a full day's work could be completed on the site. Again with such complicated archaeology it was extremely difficult to identify specific features. However one of the volunteers was able to produce evidence for a possible shallow pit and unearthed a Roman bead. Another area of the site showed signs of a wall and to the north of the site quite a number of nails were found in a relatively small area. Other volunteers continued to plan the site, which as this is the last week, gained some urgency. Mattocking and trowelling continued but not with the vigour as earlier in the dig, as resources were used to consolidate existing features.

One of the interesting aspects of the excavation has been the number of visitors that have come to see the "dig" in action. The numbers are surprisingly large and the site supervisors have been kept busy explaining the site and answering some searching questions
Posted by David Petts at 13:51 No comments: 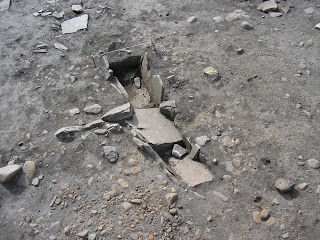 "The final week arrived as did a new team of volunteers. They began to work in the centre of the site in an effort to provide more evidence of how the site at a later stage actually functioned and this involved initially mattocking the area. Several interesting features had already been identified such as a possible drain and an early hearth. In the centre of the site a volunteer uncovered a whetstone and bead together with some pottery and close by a Roman coin was discovered.

To the west of the site quite a few nails were excavated together with several pieces of medieval pottery. This strengthened the view that this was an extremely complicated archaeological site and would need some time, and more evidence, to identify the features accurately.

As this was the last week the important aspect of planning the site had to be addressed and several volunteers were performing this duty.

Quite surprisingly work throughout the day continued in warm sunshine and one can only hope that this remains the case throughout the week"
Posted by David Petts at 06:00 No comments: