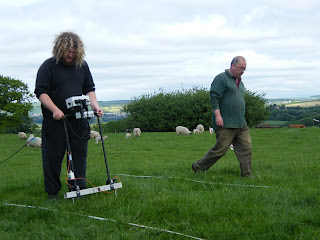 We're planning to carry out a Ground Penetrating Radar survey of the same area on Monday, which will allow us to begin to build up a 3D model of the archaeological deposits we hope to uncover, particularly the precise location of any stone buildings as well as a general sense of the overall depth of archaeology we are likely to encounter. We will also carry out a topographical survey; whilst the site appears largely flat on photographs, there are a number of features which survive as earthworks. Obviously the ramparts of the fort still stand, but it is also possible to see traces of medieval ridge and furrow and probably 19th century landscaping. It is essential that all this information is recorded before we begin excavation.
Posted by David Petts at 13:44 No comments: 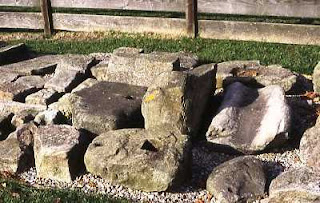 Next year is the 1600th anniversary of the end of Roman political control of Britain- conventionally described as occurring in AD410. There are going to be a series of events organised next year to commemorate (or even celebrate?) this fact.

Whether one feels the Romans were a 'good thing' or not, this was an important turning point in British, and particularly English, history. Excitingly, the end of Roman Britain and the rise of the early medieval successor states is one of those issues which still stimulates much debate and argument amongst archaeologists and historians. Did the end of Roman rule lead to a rapid collapse of 'Romanised' society in Britain, or was there the continuation of a culturally Late Antique lifestyle? Did the Roman departure trigger a catastrophic cultural collapse or was Roman Britain already in a state of decline throughout the 4th century AD. Did the incoming Anglo-Saxons arrive in large numbers as part of a mass migration or was the Germanisation of post-Roman society effected by a small Anglo-Saxon elite?

Binchester has much to contribute to this debate, as the site did not go out of use in the early 5th century. There is clear stratigraphic evidence for continued occupation, at least in the area of the commandant's house, well into the 5th century. This activity is sealed by at least two late 5th or early 6th century Anglo-Saxon burials. It is clear from other archaeological evidence from the site, that there was further Anglo-Saxon activity in the 8th and 9th centuries AD, and we know from later historical sources that Binchester was an estate centre owned by the Community of St Cuthbert in the late Anglo-Saxon and early Norman period.

One of the key questions we want to answer in our new campaigns of excavations is whether the sub-Roman occupation was limited to the commandant's house or if it extended accross much of the fort's interior. An answer to this question may allow us to better understand the nature and function of the afterlife of the fort; was it a tiny enclave of localised activity or did it continue to function as an important power centre?
Posted by David Petts at 04:08 No comments: 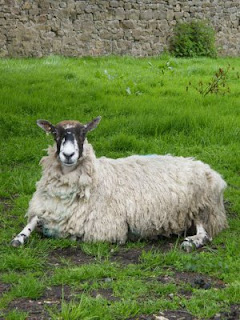 The latest news is that we now have Scheduled Monument Consent; this is the most important piece of paperwork out of the way now, and it means we are actually allowed to start the excavation. I went out on site today with David Mason, the County Archaeologist and Binchester supreme and Peter Carne, from Archaeological Services, who will be in charge of the excavation itself. We were able to give the site a good walkover and look in detail at the area we are proposing to open up. We’d had some worries about a number of large trees on site potentially impinging on the location intended for the trench, but these fears were quickly allayed. As we were able to see some traces of medieval ridge and furrow cutting the fort interior Peter decided to arrange a topographical survey of the area before excavation to record these ephemeral features. As well as enjoying ourselves discussing the nitty gritty of trench location, there were also more practical issues to consider, such as where to put the spoil heap, the tool store and the Portakabins. Will we be able to persuade the delivery driver to take his lorry into the field and unload the cabins there?

Its only when walking around the edge of the site that one gets a sense of how the Romans used the hill on which the fort sits to its best advantage; as well as commanding the river crossing to the north-west it also dominates the gentle valley of the Bell Burn which lies to the north and east. The scarp slope of the north edge of the fort still survives to at least 10’ high, which is something that its not possible to appreciate from the interior of the fort. It also really brought home to me the logistical problems of the water supply for the fort; any aqueduct would have had to have been a complex piece of engineering.

Less than three weeks to go… 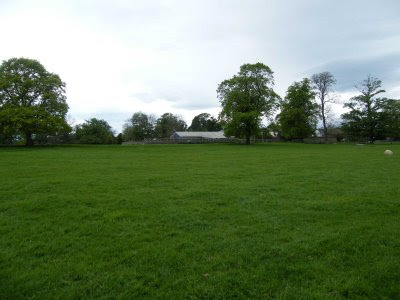 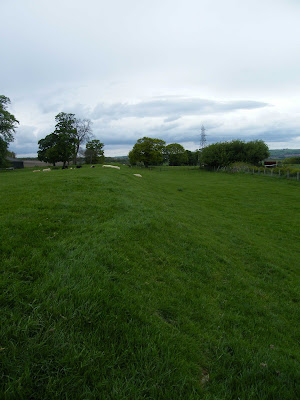 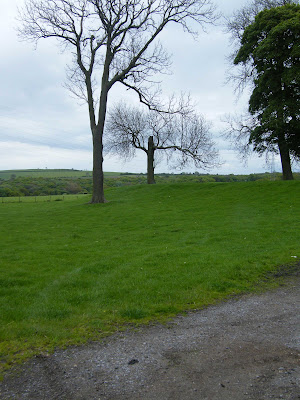 North-west corner of the fort.
Posted by David Petts at 13:48 No comments:

It's now only three weeks until we start on site at Binchester. This year we are planning to investigate an area in the eastern corner of the fort to the north of Dere Street and the commandant's house. We hope to carry out a magnetometer survey on the site our trench next week. The week after we will then carry out a Ground Penetrating Radar survey in the same area, followed by the top soil strip. Our Durham students will begin the excavation in earnest on June 8th. They will be out on site for three weeks until June 26th. The Stanford contingent will arrive over the weekend and begin work on Monday 29th June alongside some of our Durham post-graduates. This stage will continue until July 17th. The final four weeks of excavation will be carried out by members of the Durham and Northumberland Archaeological and Architectural Society. I will post up the results of the geophysical survey as soon as possible and begin updating the blog daily (more or less) once the main excavation commences.
Posted by David Petts at 08:30 1 comment: