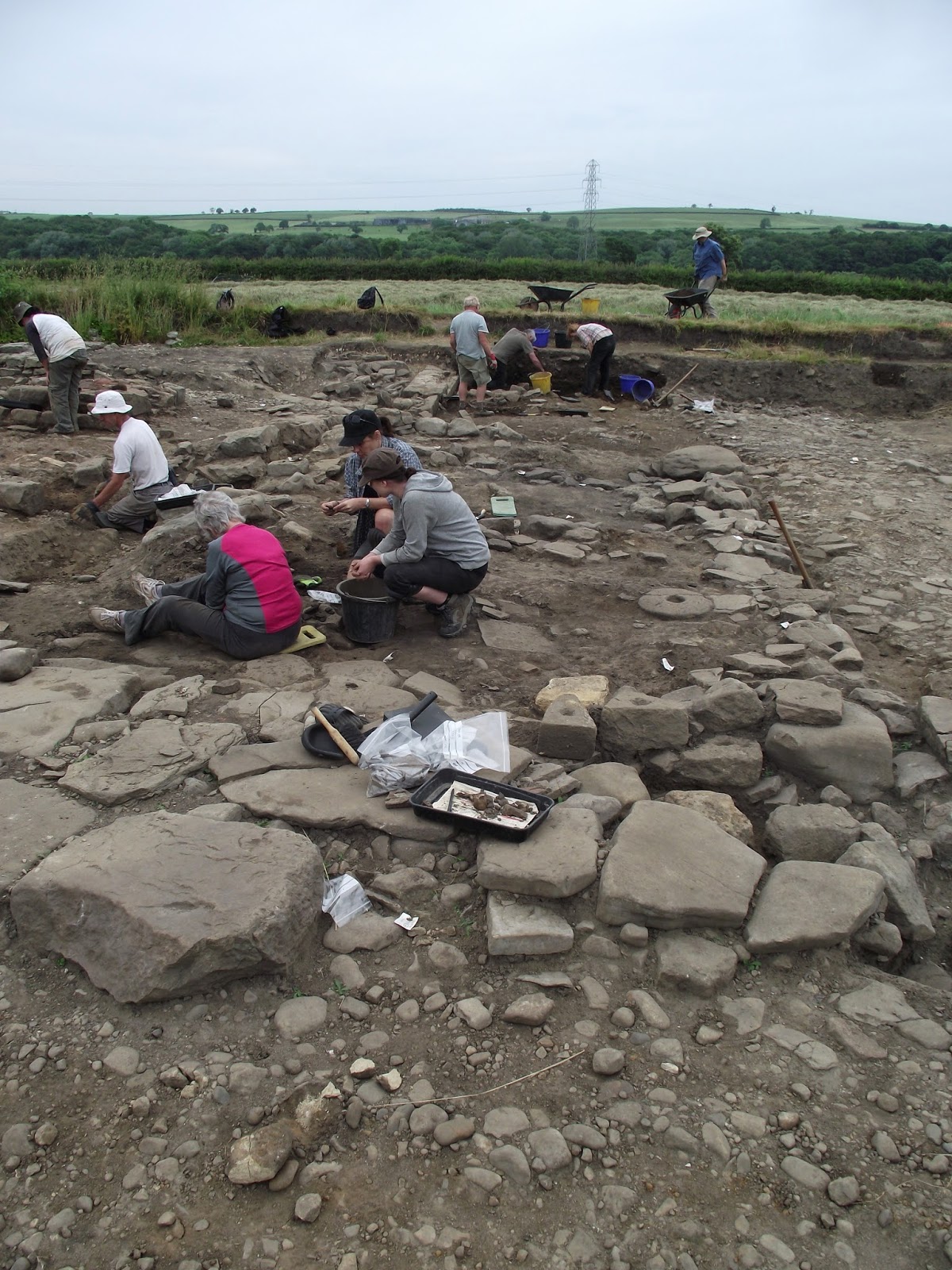 Today in Trench 1 we were again focussing very much on planning and exploring the barrack interior. In the south of the barrack the team are taking off a clay layer and exposing an increasingly wide-spread charcoally spread which seems to cover much of the barrack interior. Elsewhere in the building, we continue to find spreads of metalled surface. Lots of work on deconstructing the central wall of the barrack- the cobbled layer has come off and we are down to a very crudely composed ‘foundation’ layer which seems to be comprised of rubble roughly dumped in a trench – little order and lots of voids. On the eastern rampart, the slot has been beautifully cleaned and now photographed. In the corner the turret interior continues to be exposed.

In Trench 2, the trench extension is looking good- mattocking is over and we are down to trowels. We can certainly see the top of the east wall of the corridor coming through into the new area. In the southern building, the central area of the ‘park rails’ building contains a large area of burnt clay (probably a hearth) that is being slowly dismantled. To the west of our new flagstoned area, Sue and Bethany are exploring a possible pit like feature. New pits have also been found up against the eastern face of the new mortared wall between the bath-house and the strip buildings. In the rectangular structure that  overlays this we are also finding new surfaces and spreads, inevitably, of clay.
Posted by David Petts at 12:18