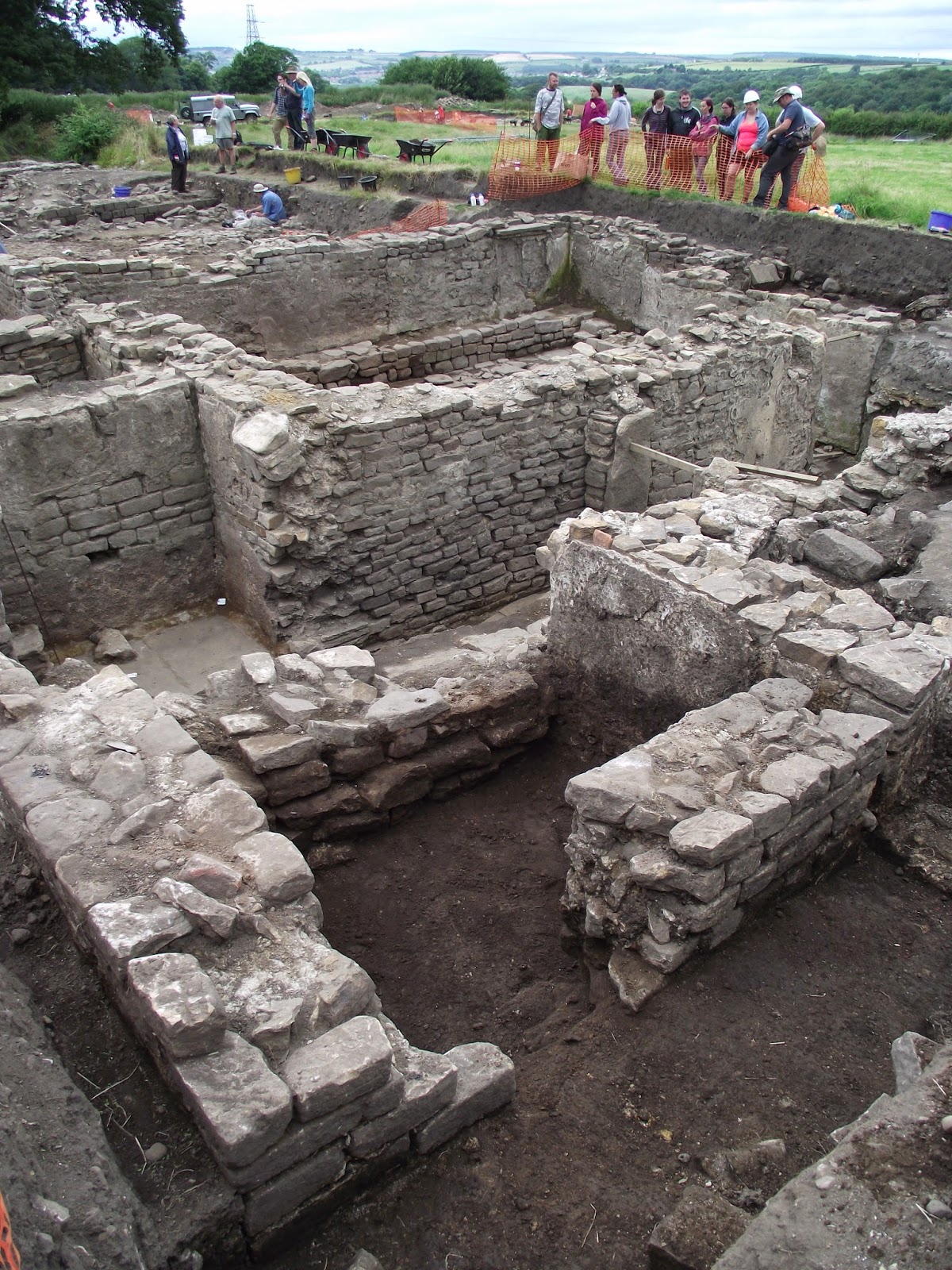 Lots going on today- in the barrack we've been expanding the excavation of the possible drainage slots in the eastern half of the building. Some of these are getting rather big and look far more substantial than slots of horse pee. In the trench we extended eastwards to catch the fort  wall we have been quarrying downwards and have revealed a nice rough boulder foundation, but haven't bottomed it because we can't safely go any deeper. Within the barrack rooms, the metalled floor surfaces continued to perplex with their inconsistency. The large pit abutting the south wall of the northern block just gets bigger and bigger. Is it real or a result of slumping/subsidence- the jury is currently out.

In Trench 2, the interior of the main room was fully cleaned up for photographs. It looks splendid! In the annex to the corridor, Evan and Brandon have continued to clear out the interior. They have confirmed that the main wall of the bath-house continues and that the apparent end of the wall was, as we suspected, a window splay. There also continues to be much debate as to whether the feature in the south wall of the annex is a window or a niche of some kind. There is a clear gap between the end of the annex wall where it meets the main building wall- clearly not bonded on- but the gap is so big it looks deliberate! Finally, in this intriguing area, there is now clearly a dry-stone wall shutting up the eastern annex- why?

For more on an interesting find from earlier this season, check out the next blog post 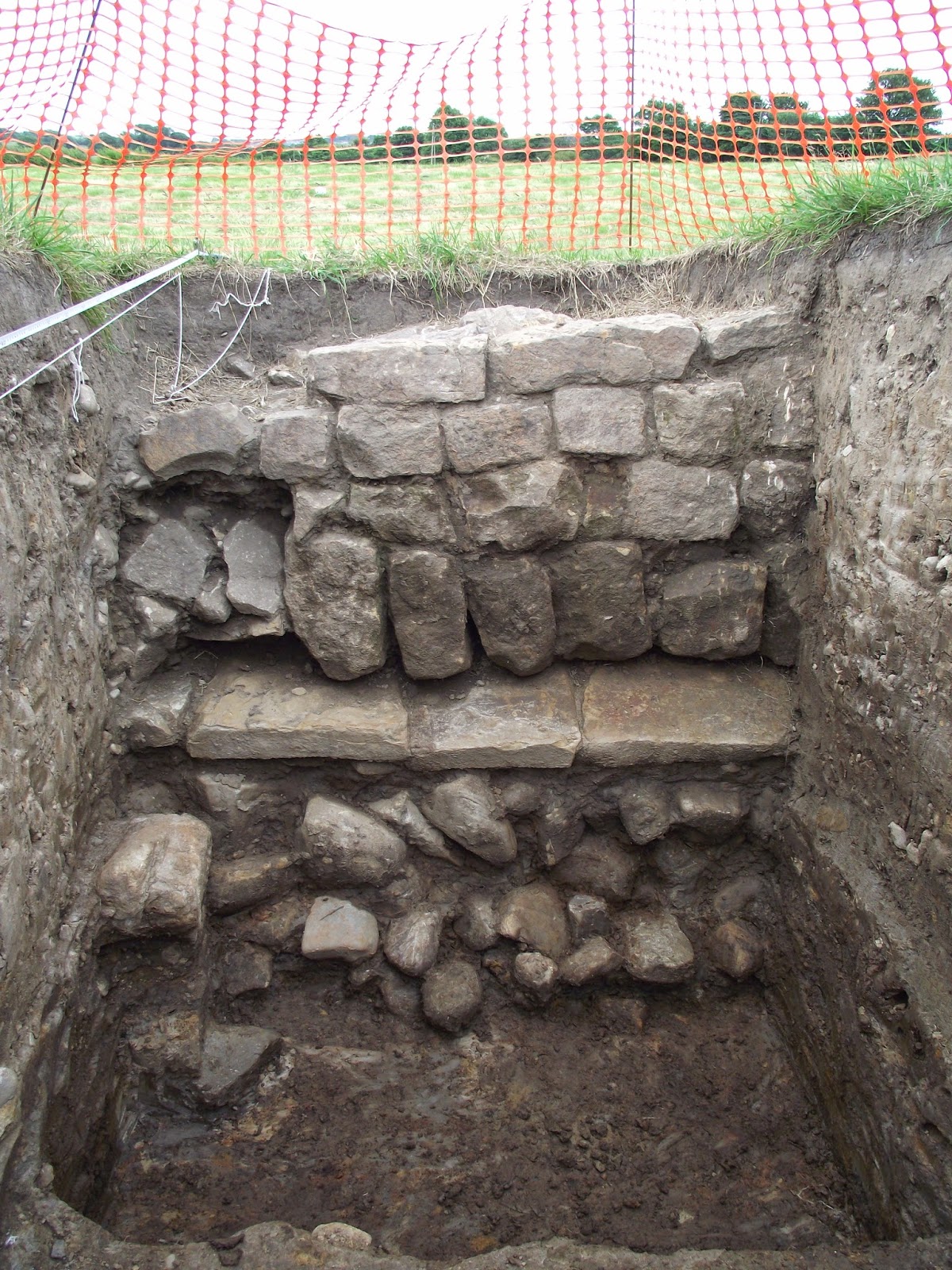 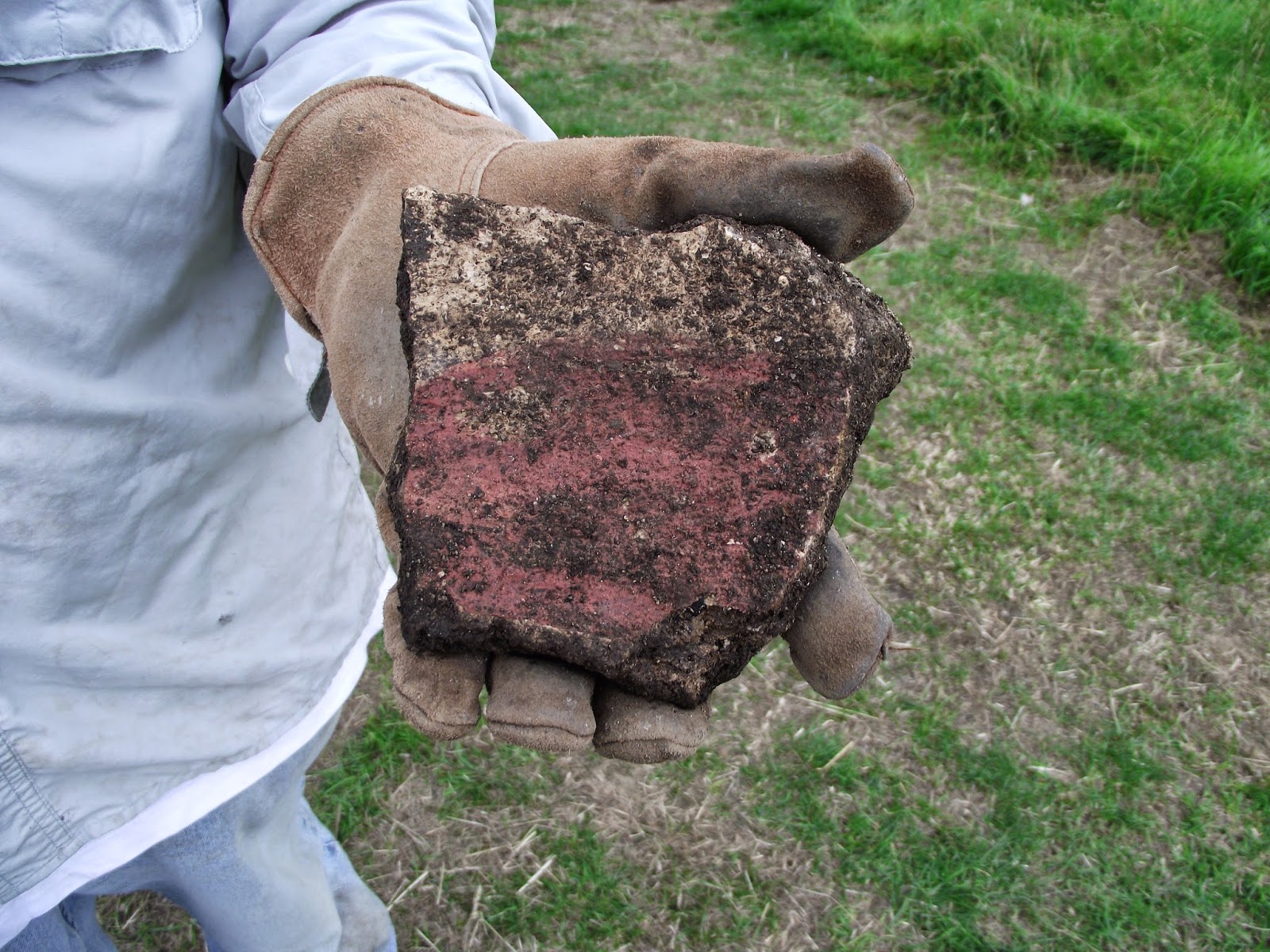 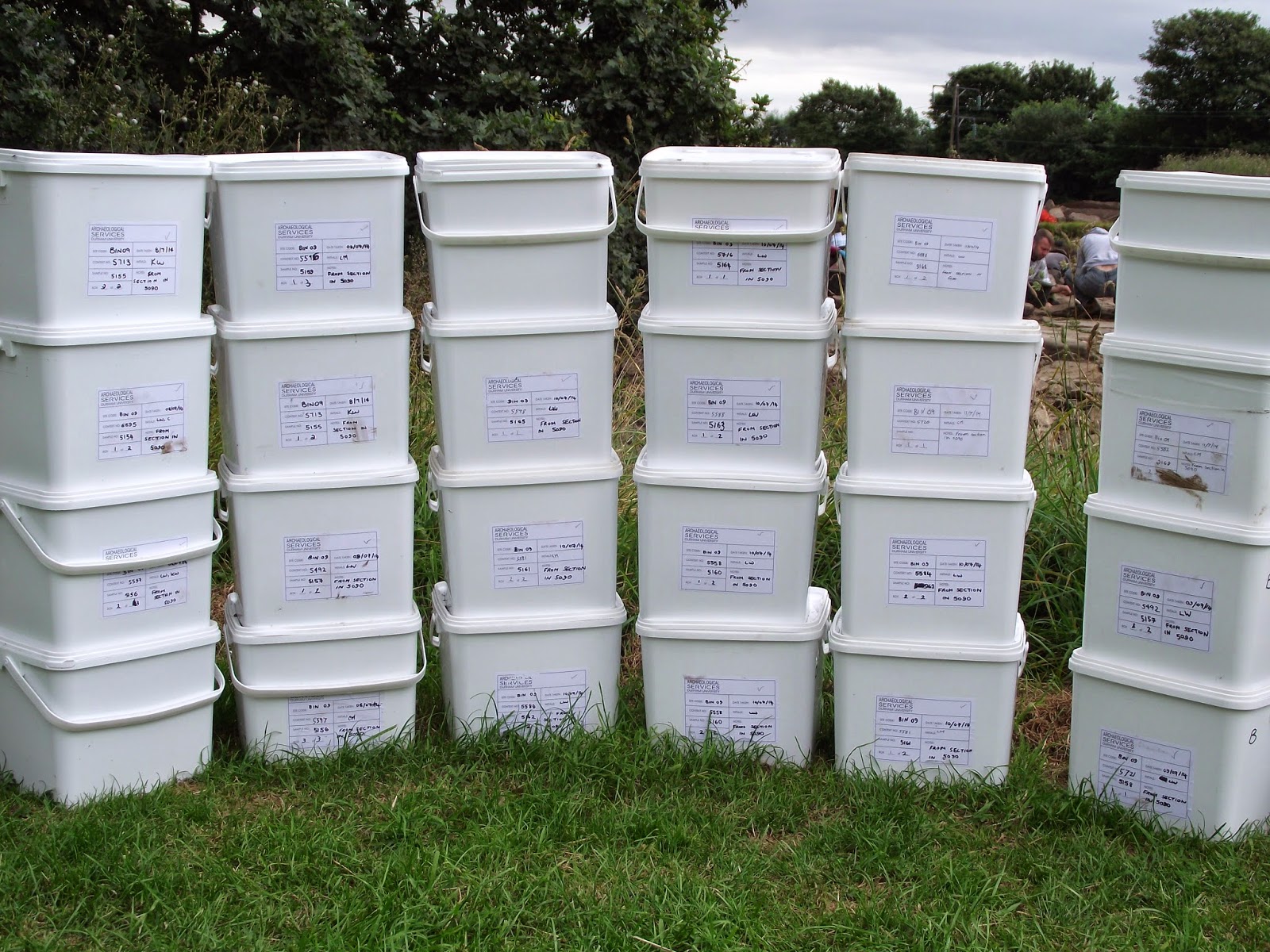 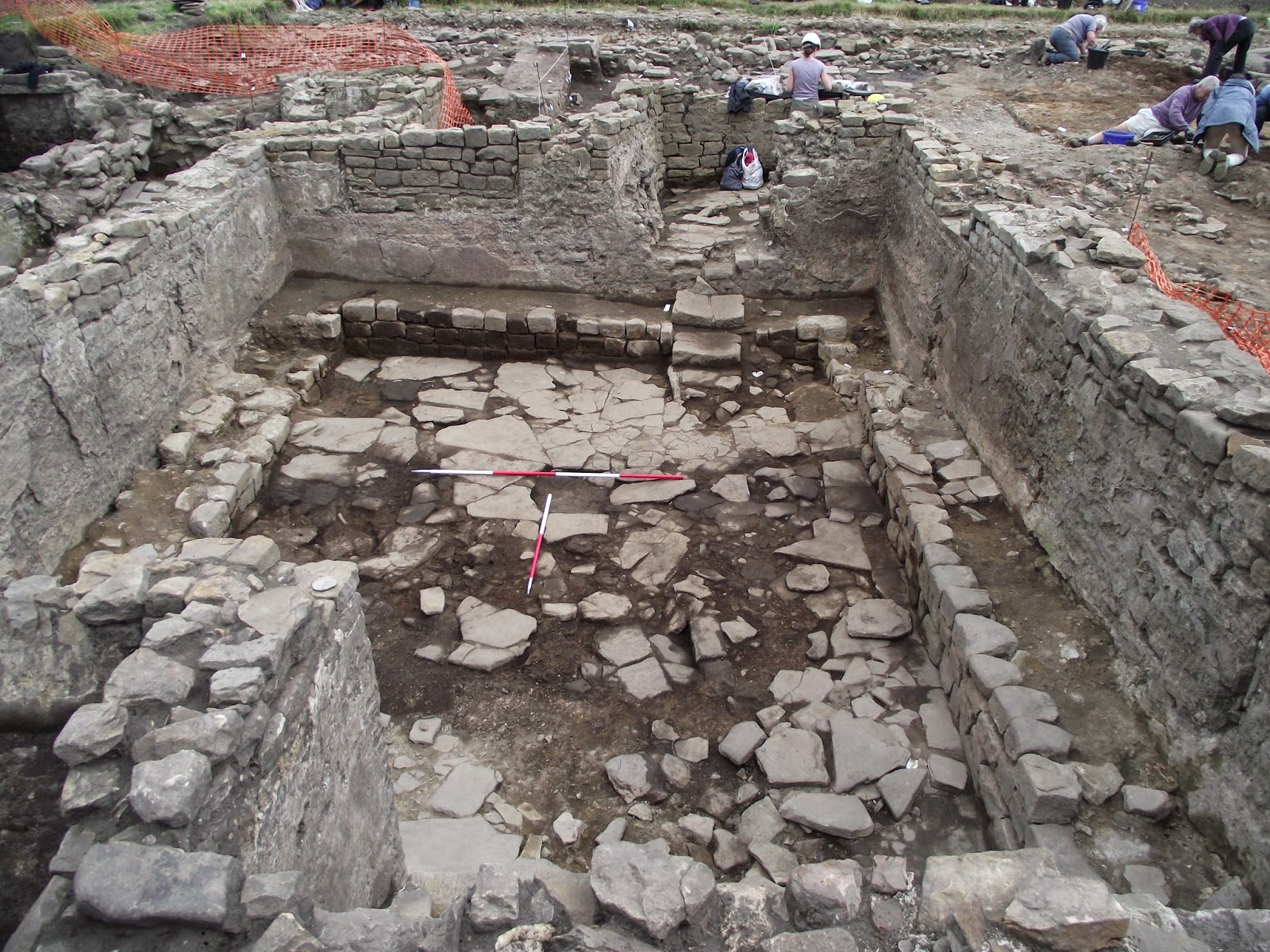